Notes on the Americas
Author's blog 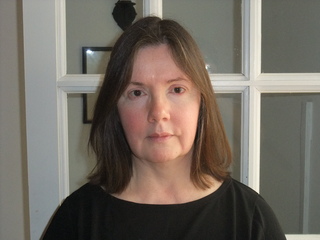 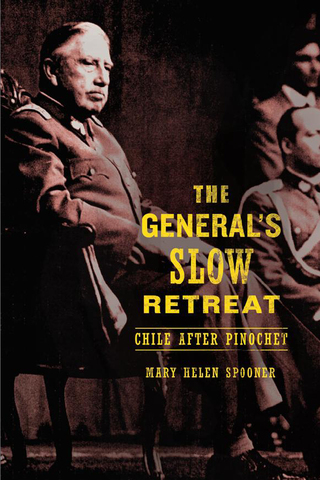 "Pinochet's supporters will continue to believe what they will believe, but the well-educated reader needs to have a solid historical record to turn to, and The General's Slow Retreat provides just that. Few books offer the kind of engaging narrative Spooner is capable of. I have been looking for such a text for years."
--Steven Volk, Oberlin College

"In The General’s Slow Retreat, Mary Helen Spooner reconstructs the private world of conflict, negotiation, and insecurity that marked the Chilean transition. Spooner takes her readers beyond the narratives produced for public consumption into the private meetings of military and civilian leaders, where deals were struck and positions that profoundly shaped the way forward for Chilean democracy were devised. Drawing on published interviews, news accounts, and memoirs as well as her remarkable access to dozens of key players—including presidents, senators, ministers, and military officials—Spooner has crafted a detailed and sophisticated account of Chile’s fragile transition, focusing with unfailing acuity on questions of Pinochet’s influence and the legacy of human rights abuses after the 1988 plebiscite."
--Elizabeth Quay Hutchison, The Americas: A Quarterly Review of Latin American History


"This thoroughly researched and well-written account details the rebuilding of the country after 17 years of military rule, the politics of governing in the midst of Pinochet's ongoing power and influence, and current situations with regard to the environment, the economy, and the political system." Annotation ©2011 Book News, Inc., Portland, OR (booknews.com)

"What Spooner offers us in The General's Slow Retreat is a human account of Chile's particular experience that is thoughtful, well-researched and immensely readable."
--Tanya Harmer, International Affairs

Review by Choice Review
"Spooner, a journalist, takes a different swath of time, extending from the general's removal in 1988 to his death in 2006. The perspective is valuable, as it provides a deeper, broader scope to Chilean politics. She focuses on several phenomena: the general's human rights violations, recalled and rediscovered; the often-furious pro-Pinochet resistance to such revelations; and the caution, even timidity, of the center-left (Concertacion) government in this polarized setting. Incidental issues along the way include Pinochet's money laundering dealings with the Riggs Bank (in Washington, DC); his use of multiple identities; his sizeable and eminently corruptible family; the former Nazi retreat in southern Chile, near where the Mapuche Indians struggle for land and autonomy; and the national elections, which are well covered from 1988 to the election of the wealthy conservative Sebastian Pinera in 2009. The transition ends with an apparent "never again" affirmed by both sides. A detailed chronology from 1973 and photos of the principals enhance the volume. Summing Up: Highly recommended." Undergraduate, graduate, and research collections. E. M. Dew emeritus, Fairfield University

Mary Helen Spooner grew up in St. Louis and has worked as a journalist in Mexico, Guatemala, Venezuela, Colombia and Chile. She is the author of Soldiers in a Narrow Land: the Pinochet Regime in Chile and The General's Slow Retreat: Chile after Pinochet, both published by the University of California Press.