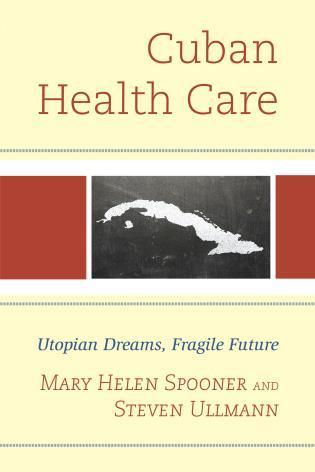 The Cuban health care system has been the focus of much international attention and debate while revealing jarring contrasts. Its medical missions in Haiti and other developing countries have generated good will toward the Castro government, even as humanitarian groups in North America and Europe organize shipments of medicines and equipment to Cuban clinics and hospitals plagued by shortages of the most basic supplies. More recently Cuban authorities have been closing medical facilities and making cutbacks in the heath budget, amid reported outbreaks of cholera and dengue fever. The Cuban health care system is facing more upheaval as the country looks to a post-Castro future and the changes this could entail.

“It is refreshing to see a scholarly book that avoids the ideological blinders and binary thinking that have plagued so many other works on this topic. Cuban Health Care: Utopian Dreams, Fragile Future is empirically researched, objective and factual. It incorporates a wide range of sources, including interviews with dissident health care providers and national health data obtained from Cuban government sources.”
— Katherine Hirschfeld, University of Oklahoma

After losing a one-man plebiscite to extend his regime for another eight years, General Augusto Pinochet reluctantly turned the Chilean presidency over to an elected civilian. But he continued as army commander, and remnants of his power and authoritarian legacy would take decades to dismantle.
Even after his 1998 arrest in London on human rights charges he still managed to dodge judicial investigations into his record and illicit fortune.

How Chile rebuilt its democracy after 17 years of military rule, with Pinochet watching and plotting in the background.

"How does a new democratic government function in a country that has been governed by a military dictatorship for nearly two decades? Where do the remnants of the old regime go? These are just some of the questions addressed in Mary Helen Spooner's gripping new book about Chilean politics following Augusto Pinochet's dictatorship. Spanning more than 20 years following Chile's 1988 plebiscite on whether to extend Pinochet's rule and the country's subsequent elections, Spooner shows us how difficult and uncertain Chile's democratic transition was."
--Tanya Harmer, International Affairs

Drawing on interviews with former regime officials, military officers and ordinary Chileans from many walks of life, as well as declassified US government documents, Soldiers in a Narrow Land unravels the complex and harrowing events that transformed Chilean society.