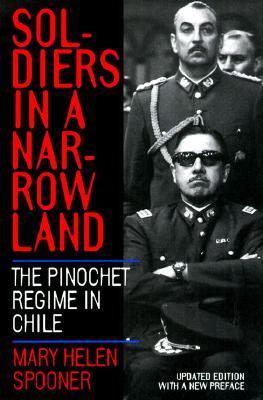 "Spooner researched thoroughly and in this book she dismantles the myths and lies of that dark period. It is an important document for those who want to know what happened, and for those who should not forget."

"[Spooner's] interviews with top military officials and ordinary Chileans go a long way toward bringing the reader to Pinochet's Chile."

“Spooner spent most of the 1980s in Chile, where she was able to interview a wide cross section of Chileans under the military dictatorship of Gen. Augusto Pinochet. Her account stands as quality journalism, depicting the country’s political life from the September 1973 coup to the restoration of civilian government under President Patricio Aylwin in 1990.”

The portrayal of Pinochet himself is fascinating, detailing his rise from below-average student to competent officer, to unwilling coup participant, to Supreme Commander. Guided by a mistrust of outsiders and a fear of communism and disorder, Spooner shows Pinochet to have been a man who, once realizing that he ran the largest of the junta's armed services (the Army), slowly maximized his hold on the country by political appointments, legislation and finally, sheer terror. The general's willingness to get rid of any rival, perceived or otherwise, is remarkable.